The history and people make the present Shipyard De Hoop what it is. Without either, the shipyard would not have been able to grow into the company it is today. The name, ‘De Hoop’ is the Dutch word for ‘Hope’, has been fully justified over the years.

Shipyard De Hoop originates from (and still is) a combination of shipyards. The first site, where the predecessor of the current shipyard started in 1889, is Lobith-Tolkamer. These facilities were completely destroyed during the Second World War. However, the traditional shipbuilders’ knowledge and skills, which had been handed down from one generation to another, survived. After the war, a modern yard was built in its place and they started producing numerous more advanced vessels. Until 1995 they gradually developed their specialty of designing and building modern inland and seagoing vessels, produced according to highly sophisticated specifications.

In 1991, under new ownership, the yard introduced a new philosophy: ‘creating added value for the customer’. While the yard continued to build seagoing vessels, they also started to concentrate on the inland passenger market and achieving a very strong position. The nineties were an important time for the yard and were highlighted by two royal visits in 1995. 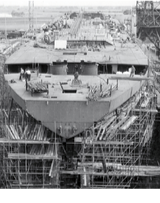 In January 1999, De Hoop acquired the former Verol- me Shipyards in Heusden and renamed it De Hoop Heusden. In 2001, De Hoop took over the shipyard of Houma Fabricators in Louisiana, USA, renaming it De Hoop Houma. This expansion opened the American offshore market and De Hoop was awarded with a series of orders for a range of offshore suppliers. 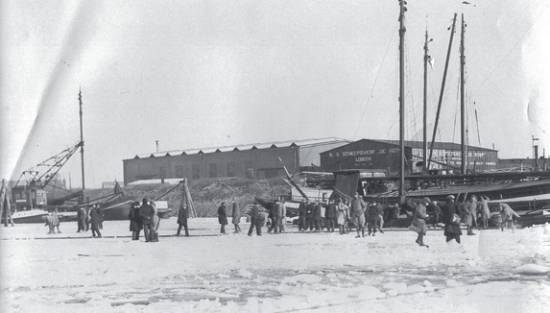 The three building facilities (each employing about 150 staff) complemented each other well and, in collaboration, they could accept even more and bigger projects.

In 2004, Patrick Janssens joined the board at De Hoop and the strategy was adjusted to keep up with the changing economy. The shipyard in Heusden was sold in 2005 and the yard in Louisiana in 2006, in order to focus more on innovative shipbuilding, which was in high demand. This strategic move also increased the yard’s financial position, making it stronger, more independent and ready for the future. The combined shipbuilding and design knowledge of the three yards, were regrouped in 2005 and formed the basis of a comprehensive engineering department.

In 2007, when the economy seemed healthy and the market was picking up, De Hoop acquired ‘De Volharding’ shipyard in Foxhol, in the north of the Netherlands. De Hoop Foxhol was born and started operations with 60 employees of the former owner. In October 2007, Patrick Janssens took over both yards in a management buyout. Today De Hoop continually looks to expand and upgrade their skill’s base, not only with experienced craftsmen, but also by recruiting young people, who are trained within the shipyard.